Do I need Terrorism insurance? 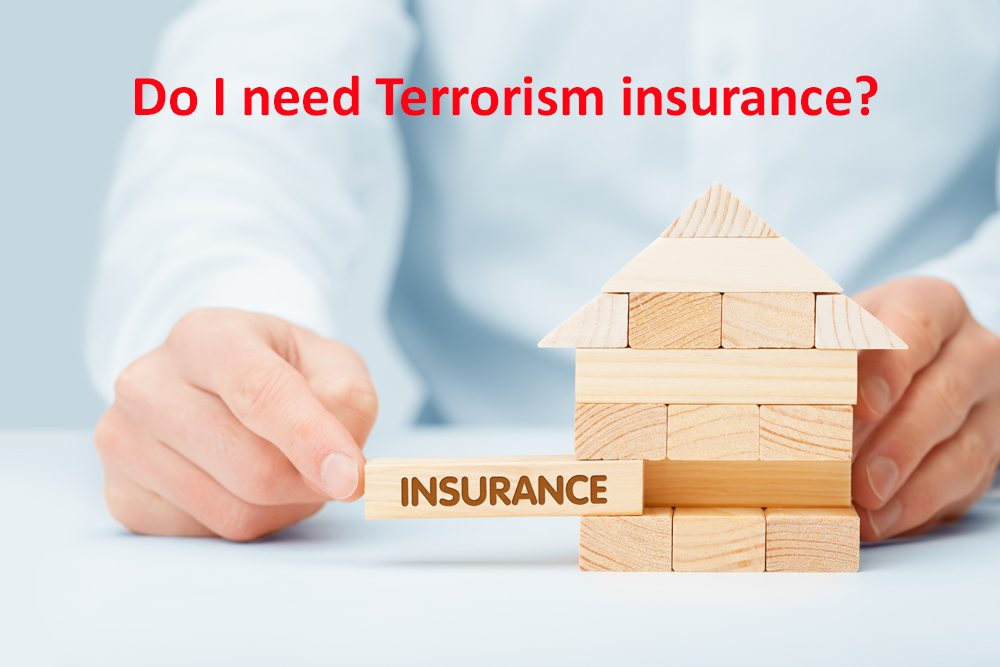 As if COVID isn’t enough to deal with – sadly there has been a rise in malicious and deliberate attacks on the general public recently, with outbreaks of rioting and incidents of stabbing hitting the news headlines more frequently in the past weeks. All of this has brought our attention to the question of insuring your property against anything on a larger scale, such as a terrorist attack, and it makes sense to understand whether your home, family, and business are insured in the event of such an incident.

Did you know that standard property insurance cover on a block of flats or apartments is unlikely to include damage by terrorists? This must be requested, and an additional premium is payable if you choose to have this included in the policy. Some lease or mortgage providers request this – so it is worth checking that out before getting your insurance in place.

Tenants’ will usually arrange their own contents policies these will generally cover damage to personal possessions due to the explosion, fire or smoke as a result of a terrorist attack. Terrorism insurance coverage for the apartment block itself must be purchased by the property owner or landlord.

Whilst an act of terrorism happening at your property is likely to be very low, it is not something to be ignored, and it may help to ask yourself a few questions:

Firstly - an act of terrorism is defined by an Act of Parliament (The Terrorism Act 2000) which describes incidences such as a bomb explosion in a public area, but also acts such as an organisation or persons trying by illegal means to influence the government and intimidate the public for reasons including, but not limited to, political or ideological cause.

Secondly – if you live in a major city you may feel that there is more of a risk of terrorist action, however, it does not mean that if you live in a smaller city, town or village that you are exempt from risk, but it’s a choice you can make by being fully informed, so our best advice is to speak to your insurance company.

Lastly – a Terrorism insurance policy will cover damage to your property up to the sum stated on the policy, which may include cost of having to move to temporary accommodation or rent costs as a result of the damage caused. It is worth checking the details as some policies will only cover explosion or fire risk, therefore it won’t include any other forms of Terrorist attack such as nuclear or chemical.

Our Head of Insurance & Claims - Steve Harris comments: Trying to save money by not insuring for Terrorism is dangerous and, in most cases, in breach of the terms of the lease. All leases require buildings to be insured and they also set out what risks need to be insured.

In order to ensure that the lease keeps up with changing risks, there is usually a catch-all sentence set out as: ‘and such other risks which are normally available under a comprehensive insurance policy.’ Steve’s advice to Directors of RMC’s is that they should be very cautious about reducing insurance cover for these reasons.